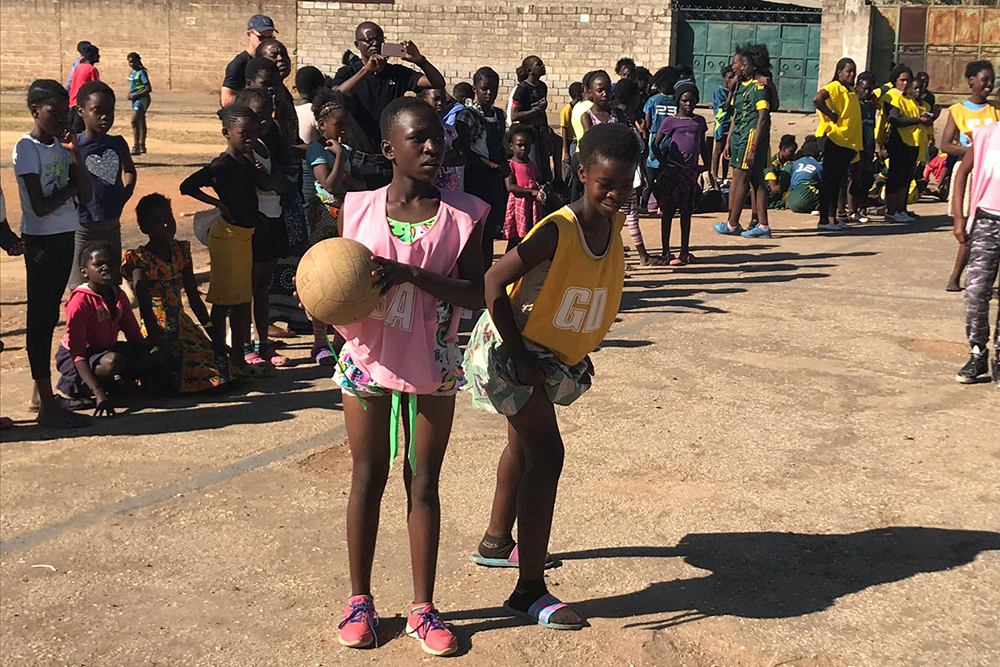 This past week we had 4 Netball Community Hub-Site Tournaments taking place. The host communities for these events were; Matero, Chipata, Mtendere and Kalingalinga. With a combined total participation of over 400 girls under the age of 15, the community centres were bustling with, activity, noise, educational messages and Netball. 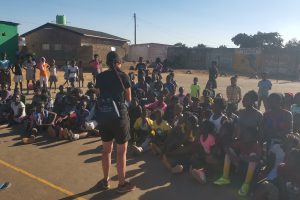 First up was Matero. Last week Matero Hub opened their season with their first tournament where team Mambilima turned out victorious at Chitanda Ground. This week, however, with a change of Venue to Hillside Primary and 120 girls in a position to showcase their skills, the host team triumphed, beating the previous week’s winners by a narrow margin in the final. A great day and extremely exciting start to the season in Matero.

Coach Sam from team Chitanda gave a speech to all of the students after the tournament, in which he said; “This hub of ours is here to stay, we must nurture it together, it is our own baby to nurse and we are one family here in Matero”.

A powerful message showcasing the strength of community and sport combined. Coordinator Jessica Kaluwe expressed her delight at the events saying “the level is growing daily!” 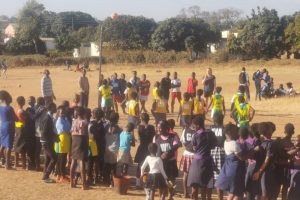 Meanwhile across the Great North Road, separated by a 30-minute walk and the national Heroes Stadium, Chipata Compound, the newest of all of the hub-sites held their first ever Hub-Site tournament, a real spectacle!

Though the day itself was a competition the event was the beginning of what coach Mirriam explained to her 79 Netball players as “something special”. Mirriam being only 17 years old herself mentioned how proud she was to have enabled so many young girls in her community the opportunity to play netball; an extremely special and inspirational young lady indeed. The conclusion of the event saw Chipata Primary claim victory in the final against St Annas. 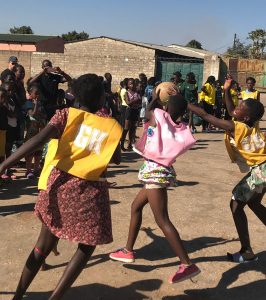 Fast-forward 24 hours and the other side of town was rocking with Netball! Kalingalinga who had an excellent opening year as a hub-site last year have been moving from strength to strength and were excited to welcome a new team to their hub-site this season, team Morning Bells.

Kalingalinga Ground was a flurry of excitement as many community by passers stopped by to see the netball games on display. The tournament was supported by Wallace Group Volunteer Ellie Fitzgerald, and the coaches collaboratively from each team.

Coordinator Gloria Mumba, out of town for a meeting was “devastated” to have not been there to see the event, but “proud of the team effort” to make it happen in her absence. The new team, Morning Bells made a real splash, claiming the title of Kalingalinga opening champions in their first engagement with the hub-site. I’m sure the other teams will be looking to claim their reign back at the next one! 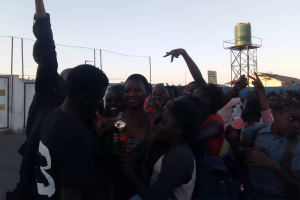 Finally we slingshot to Mtendere where our longest standing hub-site had its opening tournament. Mtendere had received the support of the community for the purchase of trophies for this event, along with water and snacks for the participating players from Mtendere and Munali area individuals.

Daniella Lay of the Wallace Group also facilitated with the Committee at the Mtendere hub to deliver a great event. The tournament saw 6 teams battle it out for glory. This time last year team St Thomas lost every game they played by a large margin of 15 points. This year, however, they were crowned the champions; an exceptional display of development by the players and coach Agness Kaoma! 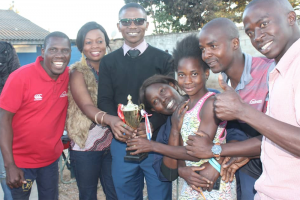 Whyness the St Thomas Centre was also crowned the tournaments exceptional player, and has been tipped by many as a real star of the future for Zambian Netball, despite being only 11 years old, playing against many players up to four years older than her, remarkable.

Congratulations to all of our hub-sites, our leaders and the participants on what was a great week! Lets keep up the exceptional work!