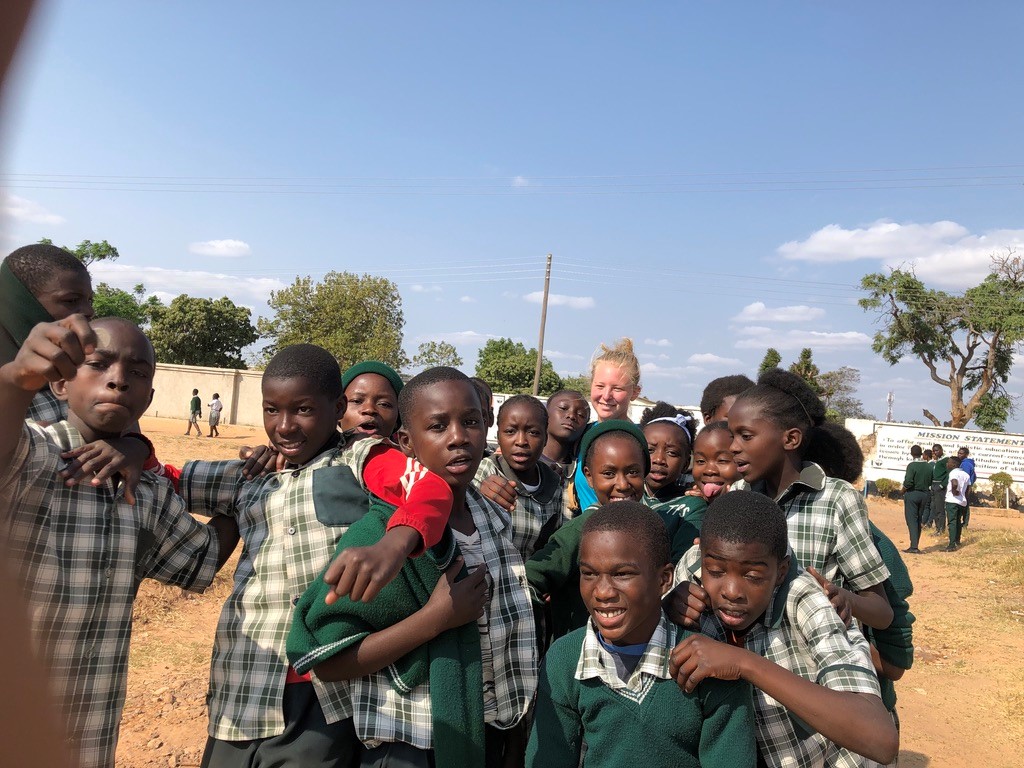 One of the sites where the Wallace group is active in Lusaka is Munali. The Munali site is surrounded by schools, making it a very busy site during school time, with lots children passing by, who often stop to chat to their friends or join sessions such as football, basketball, netball and volleyball which all run at Munali. 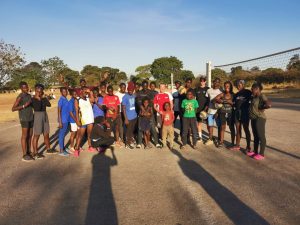 Despite the various sessions going on, my experience in the past 6 weeks was mainly with volleyball. As volleyball is not the most popular sport in Zambia, many sites struggle to find coaches and participants for sessions. Munali, however, seems to be an exception with an excellent coach to lead sessions and many good players, who move on to top clubs partially thanks to the coaching they received at Munali. Players benefit from the training sessions that run from Tuesday to Friday in the afternoons. These sessions are aimed at the talent team which anyone can join as long as they have an interest in volleyball and are willing to work hard to improve. In my first 3 weeks at Munali only a handful of people turned up to training as the schools were closed for school holidays. However, once the schools opened again the numbers quickly picked up. The volleyball coach attends sessions on Wednesdays and Fridays as he has university classes on other days. The remaining sessions are led by 3 boys aged 15-16, who have been playing for several years and are aiming to join Lusaka City- one of the best volleyball clubs in Lusaka. The usual session will look something like this: at around 3pm people start arriving, setting up the net, and start warming up and playing with the balls for around 30 minutes or until there is enough people to start the session. The sessions often consist of drills to work on specific skills for the players and they finish off by playing a game of volleyball. Often the session will not only be for the talent players, but others will come and join regardless of their age or ability. Some will be completely new to the sport, others will be a bit more advanced, but they all get a chance to learn and play. 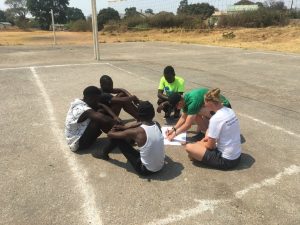 A new idea implemented this summer was to involve local schools in volleyball. The schools near Munali each get a day when they will have a couple of hours of volleyball lead by the volleyball coach or peer leaders willing to help out. As children in Zambia have school either in the morning or in the afternoon, each school has a morning session to which children that have school in the afternoon can come to and those that had school in the morning can come to an afternoon session. This was a bit of a challenge to set up as it takes a lot of communication with the teachers and children, and many reminders that the session will happen and they should be ready in their sport clothes. However, on the other hand, once the sessions do happen, usually the children keep coming back every week and are keen for the next sessions and seem to enjoy the training. The numbers for sessions vary, some schools will have 30 children come, other will only have 10 or so. Regardless of the numbers, the hope is to encourage peer leaders and the volleyball coach to keep leading the sessions, even though they have other responsibilities on top of volleyball, because more children engaged in volleyball can lead to more interest in being part of the Munali talent team and this could create more opportunities for the team and the children who are part of it. 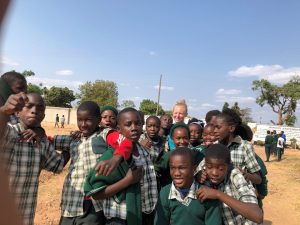 The final part of Munali volleyball are volleyball workshops. In total 3 workshops have been planned and delivered this summer.  I was part of the last two and we focused on developing teachers, peer leaders and anyone else who was interested in developing their coaching skills. Topics such as session planning, breaking down key skills and how to coach them, obstacles one might face when coaching were tackled in the workshops to make current and future volleyball coaches prepared to coach and raise their confidence. Everyone who attended came with an attitude that showed willingness to learn and passion for the sport. We tried to challenge what they knew and show them new ideas to enrich their knowledge and make sure that they always left feeling like they learnt something new. Unfortunately, the attendance at workshops is still something that needs to be worked on, as often teachers would say they would come, but then did not show up on the day. But they all seemed interested and wanted to learn, so hopefully this is something that can be worked on over the next few months. 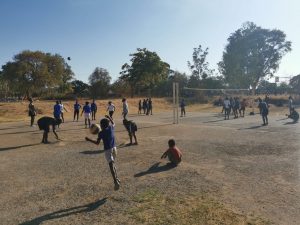 Overall, Munali is a great site to be a part of, with many enthusiastic children to brighten up your day, players turning into young coaches to give back to their community and lots of volleyball knowledge and talent all in one place. I hope to see volleyball grow in the coming years at this site, even though it’s not always easy, I believe the young people will find the support they need to keep going.