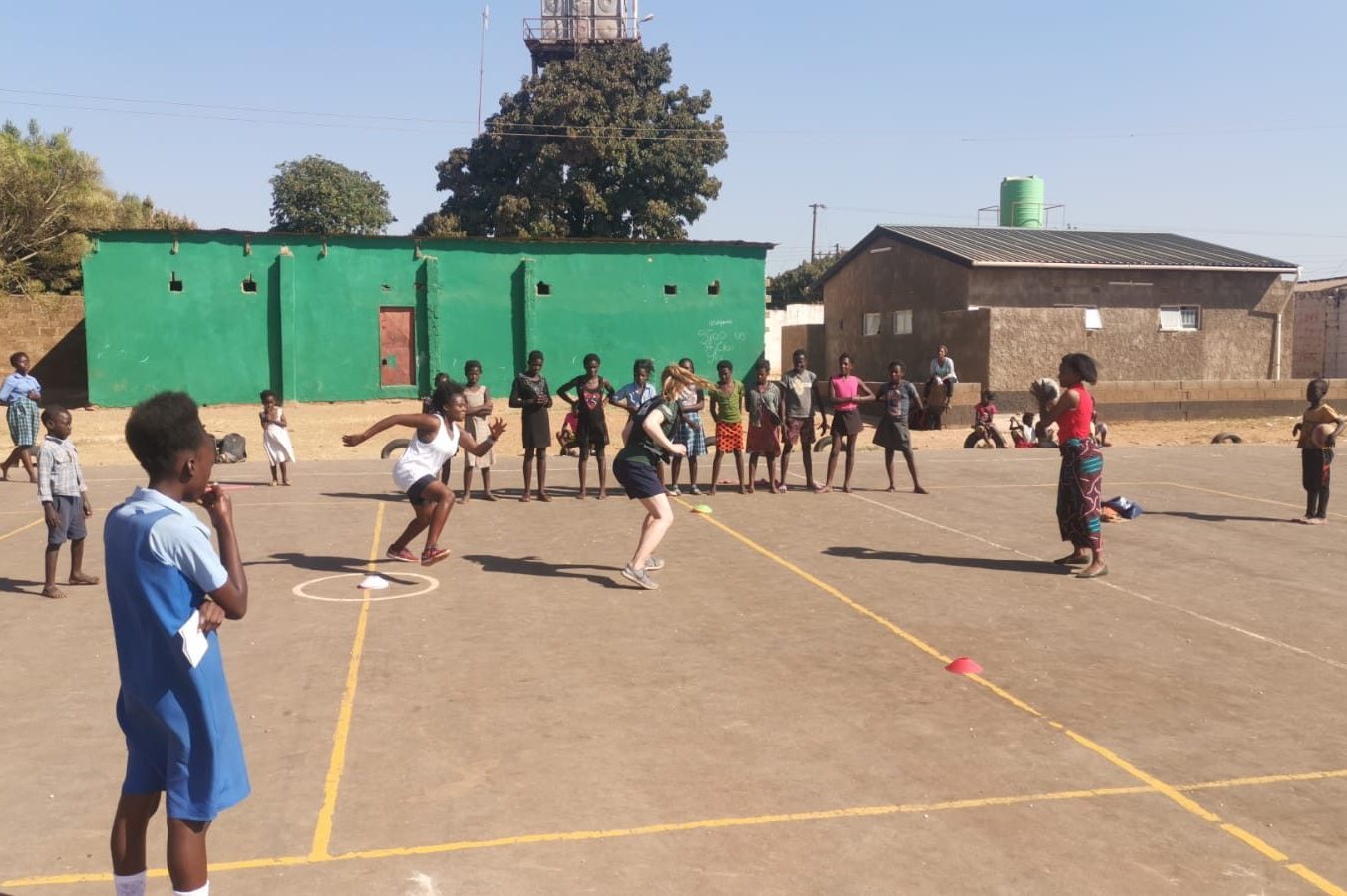 What an adventure! The last 6 weeks have flown by and I don’t think there would have been a better placement site for me to spend my time. Everything about Chipata makes me smile and the sense of community with this site is incredible. During my time at Chipata I was appointed the netball coordinator and was paired up to work with one of the young coaches, Mirriam. Mirriam made my time at Chipata such a pleasure, she is only 19 (the same as me) and she plays such a massive role as the head coach. Mirriam is always keen to learn and we have been able to learn so much from one another – I can rely on her to be on time and she will always be there, which in Zambia, is not entirely common. As a site Chipata is more underdeveloped than several of the others which meant that when I arrived there was a big job to do. I was informed that the netball hubs at Chipata had not long been set up and had a long way to go in terms of development – my job was to advance it as much as possible in only 6 weeks – a tough ask, but a challenge I was willing to take! 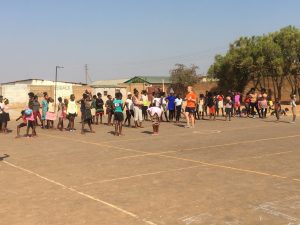 The Chipata netball school hubs are made up of 5 schools – Chipata Open (where all of the girls train), Chipata Primary, St Johns, St Pauls and St Anne. The initiative of the hubs is to get as many girls involved in playing netball as possible, involve them in competition and encourage them to be a part of a team where they can feel a sense of belonging. On my arrival, few schools were truly familiar with the schedule which meant that the number of girls coming to training their allocated time slot was inconsistent. I had been told that we had no teachers currently involved in the program and there is no doubt that for the hub teams to continue when I leave, the teachers need to be on board and take more responsibility. In the absence of the teachers, the girls will not have a source of information, and when Mirriam is at school, the players will not have a coach. Things needed to change and that could not happen before I started to build relationships with the teachers. I made it my mission to involve myself in the schools as possible, I would visit regularly, find out who was interested in netball and encourage them to come along to sessions. Chipata Open was the first school to buy into this, one of the teachers Astridah bought into the idea and began to attend sessions – she was keen and would join in and even coach parts of the session, this was great progress and only just the beginning. Soon I started to build up a team of coaches, some more interested than others but willing to get involved all the same. Over the 6 weeks, the teachers seen a lot of me and I had a lot of motivating and chasing up to do when it came to delivering letters and consent forms. Now, 10 teachers across the 5 schools have contributed to the newly founded team of netball coordinators, in their respective way. Week 5 was special and one which I will not forget in terms of how far I have come in the process. I offered myself up to deliver coaching workshops to the teachers to engage them further and try to build on their confidence and experience as coaches. To my delight, I managed to reach several staff members across the 5 schools as well as some of the young coaches at Olympafrica. Prior to the workshops I had wanted to use them as a source of giving information to the coaches and I delivered through interactive and practical encounters. Only then did I really believe that this had potential when I would leave – the sessions were positive and the coaches were beginning to question and query which would help in their progress, they agreed to take advantage of the time they spent with me in my sessions and would like to become the certified coaches of their school teams. 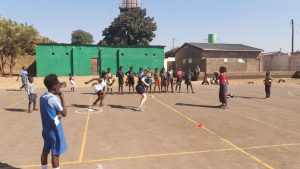 Throughout the 6 weeks, sessions were not always consistent and that was down to the fact that it was soon the school holidays and the days were broken up for exams. Here, Mirriam and I wanted to make sure that even though school is finishing, netball will continue. We have set up netball camps Monday to Friday during the holidays and so far so good! We have been reaching up to 60 girls a day and even better, there is an even spread over the 5 schools. Towards the end of my time here, I was introduced to another coach – Patricia. Patricia’s passion and drive for the girls at Chipata is everything that is needed here, but unfortunately, she can’t be here all year round due to university commitments. I know that Mirriam and Patricia are more than capable of keeping the camps going and they are bringing smiles to so many girls every day.

At the very beginning of my process, JP, the staff member here gave me a vision he had for a tournament which would bring together 3 communities – Chipata, Matero and Olympafrica. It would be the first ever and we would call it the Lusaka North Netball Hub Championships. When sparked with the idea I knew that it was possible but there was lots of work to do and alongside this, the general problem of trying to organise anything in Zambia! Frustrating and stressful at times… I worked alongside the other site coordinators to make this happen and the most essential part was to communicate the idea to 150 children across North Lusaka and an ambitious hope for 15 teams to be involved. Fast forward to 5 weeks later, 150 consent forms, a rejection for the venue we had hoped for, no budget to spend and no sponsor for food and drink (as Pick n Pay had fired their manager only 3 days before), the tournament did run and on the 17th August with an impressive 11 teams in attendance. The day was a massive success and it was a joy to see. The tournament was held at Olympafrica on 2 of their hand-drawn charcoal courts, and I was ready to adapt to Zam conditions on the day in terms of lateness, confusion and teams not turning up. Despite that, a fun day had by all and a proud moment for me to look back on. All of the efforts I had put into this day, alongside the others, was well and truly worth it! 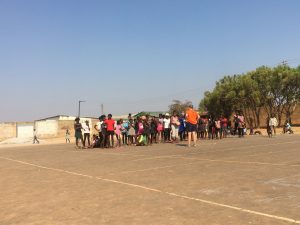 My time in Zambia has been an adventure I will never forget and the people I have worked with over the 6 weeks are truly inspiring, they have made my journey all the more special. Sport in Action has changed so many lives over here in Zambia and has now got a very special place in my heart. Although my 6 weeks is coming to an end, I know that I’ll be back here at some point and I’ll always remember “You have never been to Zambia until you have been to Chipata”.