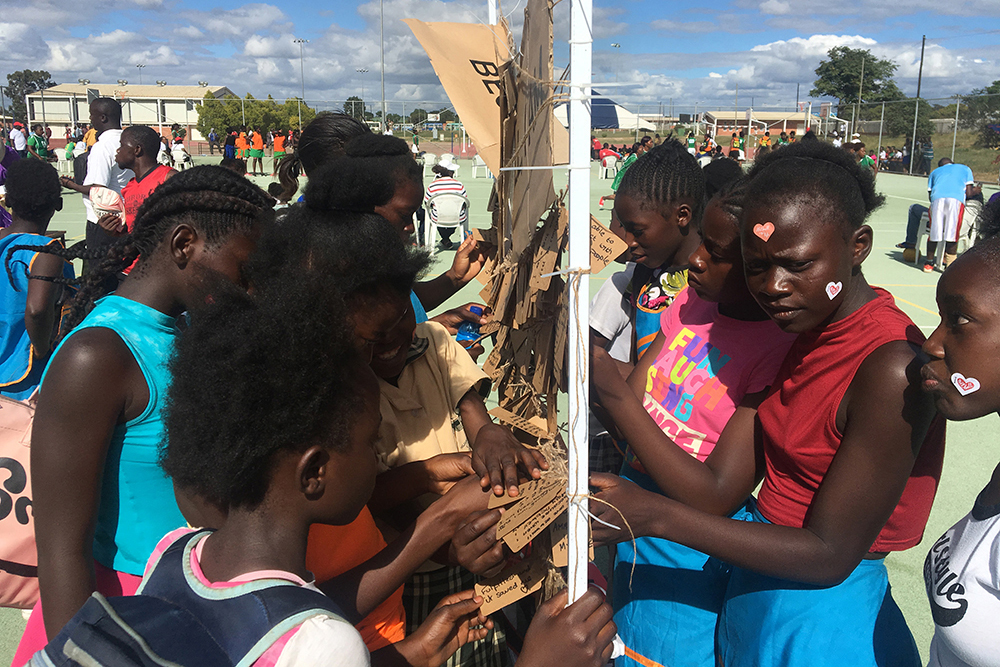 On Saturday 23 March, our netball hubs from 7 communities across Lusaka descended upon the Olympic Youth Development Centre to declare the opening of the season in Zambia. The event saw over 300 hundred young participants from 18 teams and 7 hubs, and a plethora of leaders on hand to facilitate the event.

The event saw many of these hub-sites, their leaders and the many young girls that participate at the hubs brought together for the first time, and the results spoke for themselves. The event, facilitated on the day by the hub-site identified leaders, ran extremely smoothly and it was a pleasure to be a part of.

The day began with the opening ceremony which included remarks from individuals such as Katherine Grainger, the CEO of UK Sport, Bessie Chilemu, the National Director of Sport in Zambia, and the Permanent Secretary.

Following the opening remarks, the first annual hub-site awards were presented by INF representative Joan Smit. The awards were given for the Most Improved Hub-Site, The Hub-Site with the Largest impact on its community, and the Best Overall Hub-Site. With Kalingalinga, and Chibolya taking home the Most Improved and Impact Award respectively, the only recognition left to give was for the Best Overall Hub-Site, which was awarded to Sport In Action’s, Mtendere Hub. A great achievement and well deserved for all at the hub, especially Gideon Mumba the hub-site coordinator at Mtendere, who has displayed exceptional leadership from day one.

Gideon after accepting the award stated, “I am extremely excited and honoured to accept the award. I am so proud of all of my hub-site participants and leaders. I believe that our team work has really been great and we all have a passion to see our community thrive, this award means a lot to us all.”

After the ceremony had concluded the 300+ participants proceeded with the main event for the day, the Hub-Site Open Season tournament. The games began and ran for the duration of the day, with lunch provided for everyone in attendance, thanks to UK Sport. Many of the girls playing in these games were experiencing their first ever netball tournament, and the excitement was clear from the noise and atmosphere. Many of the coaches the same, had not had an opportunity like this before and made the absolute most of it, coaching and ensuring the girls had an outstanding experience. The umpires for the games and tournament officials again, all developed and identified through the hub-sites ran the event, with no need for external officials. 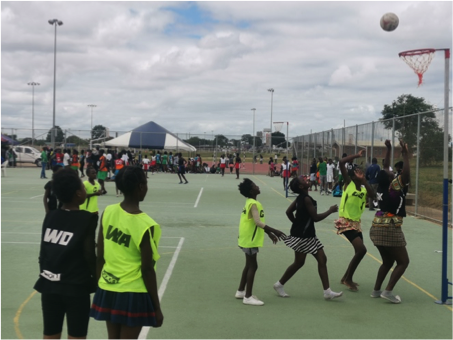 Throughout the day, teams also had the opportunity to sit and talk with the Drug Enforcement Agency who presented an excellent display, and educated all of the girls on drug abuse, alcohol abuse and more. Another initiative led on the day by Wallace Groups very own 2018/19 project manager, Sarah Thompson, saw over 400 responses to the question… “Because of netball I am?” This really highlighted the impact that the introduction of netball has had on everyone in attendance from players, to coaches, to CEO of England Netball, Jo Adams, who added her response, “because of netball I am fulfilled”.

After the day of games had been concluded, it was time to crown the winners of the event. With awards for the top teams and an overall award for the hub whose teams had the highest winning percentage. Team Marvellous from Chibolya claimed 3rd place in their first ever tournament, with St Thomas from Mtendere claming 2nd spot, and Mtendere CCAP taking home the top prize in the individual teams event. However the Overall Hub standings painted a different picture with John Howard and Matero communities claiming 2nd and 3rd respectively, with the overall winners and 2019 hub tournament champions Chibolya, led by coach Andres Tembo and his outstanding team of leaders being crowned. 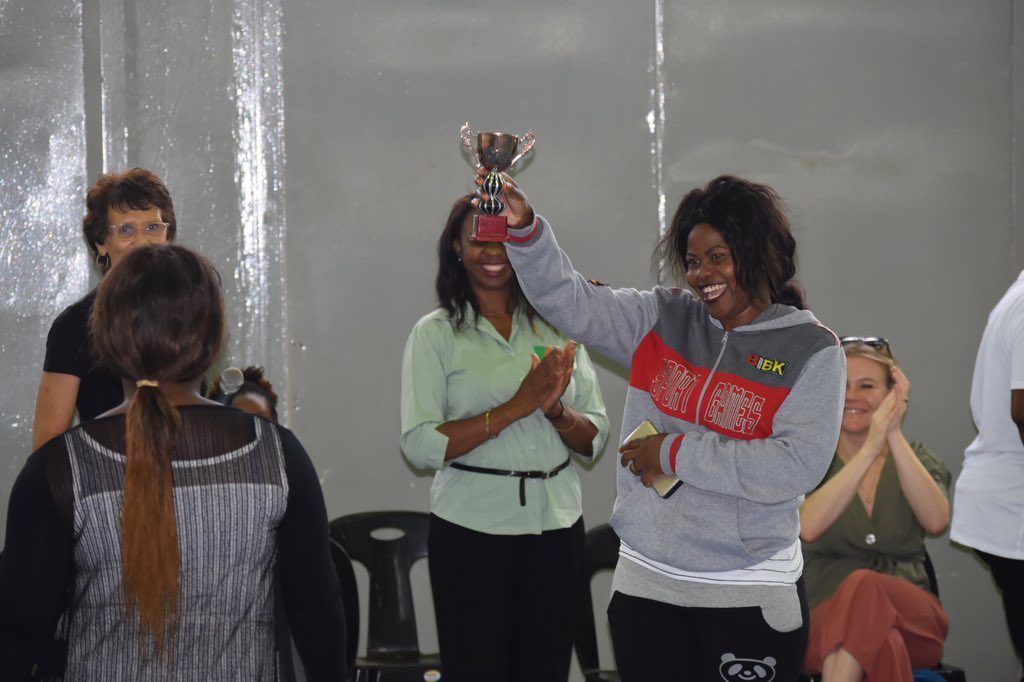 Ultimately the day was a wonderful experience for everyone involved. We are extremely proud of our netball hub-sites for their successes and equally excited for their future. The real winner on this day was Netball.