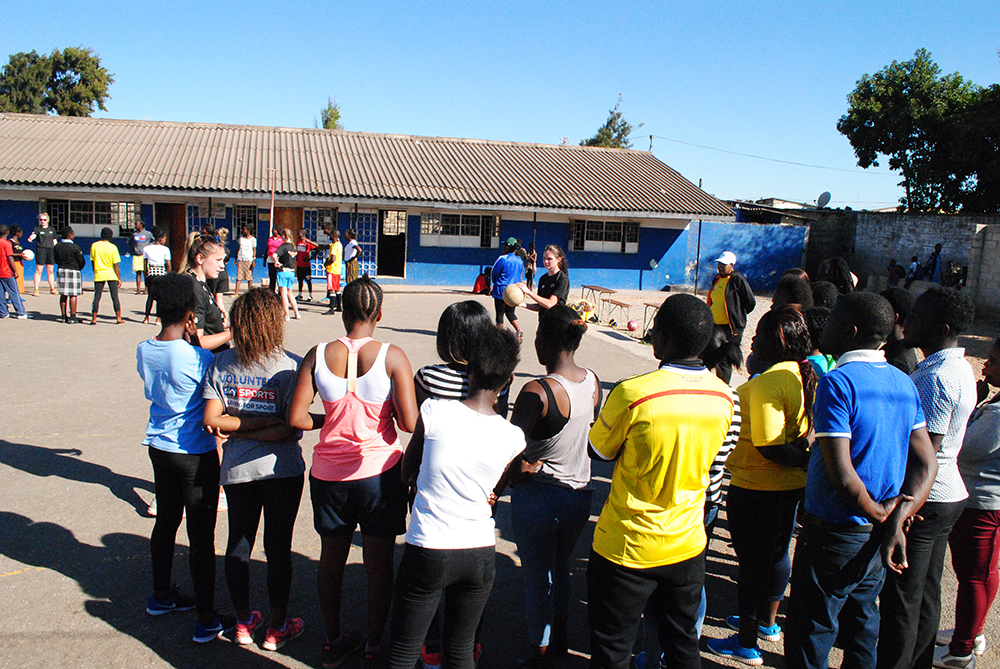 I am based at Chipata coaching Netball. During this week at Chipata, I went around all the hub site schools and invited the children to attend future hub sessions at Chipata compound. This was quite challenging due to the lack of engagement from the staff at schools, but after some hard work and encouragement, Moses (a teacher from Chipata primary) has started attending my sessions with the children. Success! 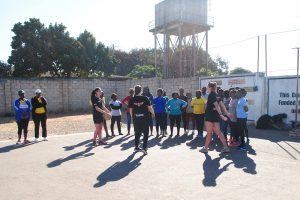 One of the unique things about Chipata is we also get to teach PE to students with special educational needs, this session takes place on a Wednesday morning. This week, there was a group of students with hearing impairments and a group with special educational needs. During the session we played some ball games, facilitated an obstacle course and finished with a game of football. I find these sessions very rewarding because the smiles on their faces say it all. 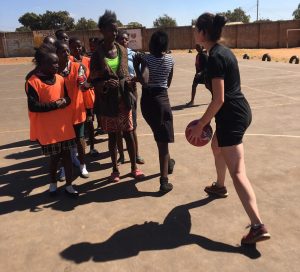 After weeks of preparation from when we all first met in Durham, it was finally time to host our first netball coaching workshop for the peer leaders who have been helping at our session. A very impressive 38 peer leaders turned up to the workshop all eager to learn more about netball coaching. We discussed safeguarding, the role of a coach in sport, netball passing and shooting basics. It was a great afternoon and we are already planning for our next workshop. 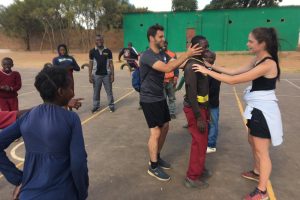 After a successful, but tiring week at Chipata we went out for a group meal on Friday night to say goodbye to a student and staff member who were leaving the following day. It was great to go out as a team and enjoy ourselves.

On Saturday we took a trip to hero stadium for the Intercompany Relay, what a place! There was quite the crowd, including the president of Zambia himself! Everybody got stuck in with the events and staff member David Jones managed to blag himself a place in the CEO race beating the mayor of Lusaka for a glorious second place (not bad for a man with torn ankle ligaments). 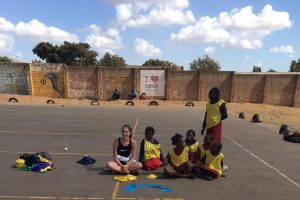 Sunday was absolutely incredible, we went to Chuminuka nature reserve. An eventful drive there with Saide taking a few “short long cuts” and asking Dani and Charlotte to be his bus conductors we were grateful to actually make it to Chaminuka. A lucky few of us got to walk 2 beautiful cheetahs, which was followed by a safari with the whole group. We saw elephants, zebras, giraffes to name a few. After the game drive we had the most incredible buffet with everyone staying at Chaminuka. In the afternoon everybody split off to do various activities such as a boat ride, cheese and wine tasting, horse riding or just chilling by the pool. It was a fabulous end to another fabulous week here in Zambia.