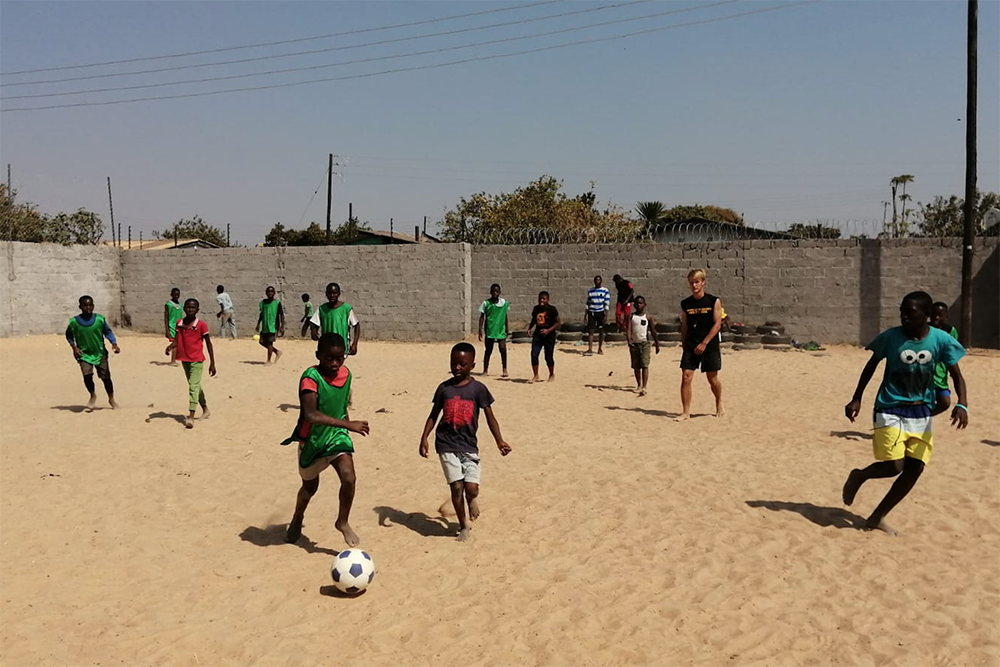 I think this is a rather advantageous week to be assigned the blog because we have had a while to get used to our assignments and now, I’d say, know the kids and peer leaders pretty well. From my observations, everyone else seems to getting on even better than I, and I thought I was making good my progress with my placements. 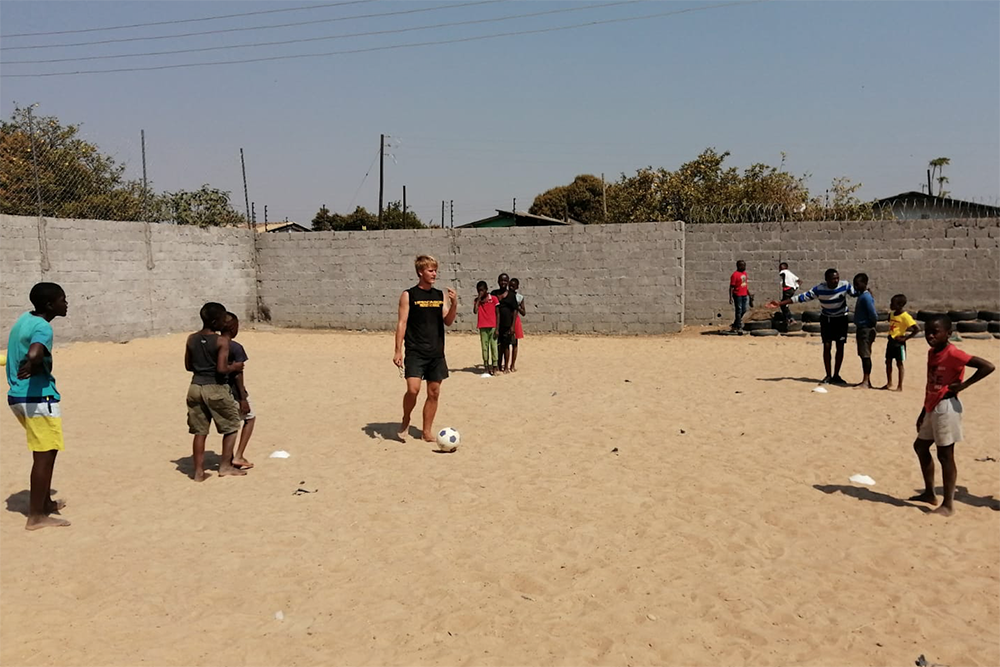 I coach football at Fountain of Hope and Kabwata Play Park. At Fountain of Hope, Carthik, Alejandro, Archie, and I have found Stephen, our peer leader there, so full of energy, knowledge, and dedication. The kids respect him and respond to him well. While we muzungus are connecting with the kids and enjoying the enthusiasm they have to offer, it has become clear to us by now that the children are in good hands with Stephen. What he does not know, he is eager to learn. What he cannot do, he strives to accomplish. Whatever knowledge or skills we plan to share or teach, Stephen will receive. Fountain of Hope is a wonderful placement with so many active and eager kids, and they are in good hands with Stephen.

My noon/afternoon placement is at Kabwata Play Park, a new establishment for Sport in Action. I work together with the current peer leader, Isaac, and the soon-to-be peer leader, Mulenga. The kids there are much less organized than Fountain, as it is so new, but they have no less the zeal. The football pitch itself is a 30-metre by 50-metre area filled with sand and bordered by tires filled with concrete. That being said, we take advantage of the difficult playing field and attain even greater levels of training than we would on a normal pitch. 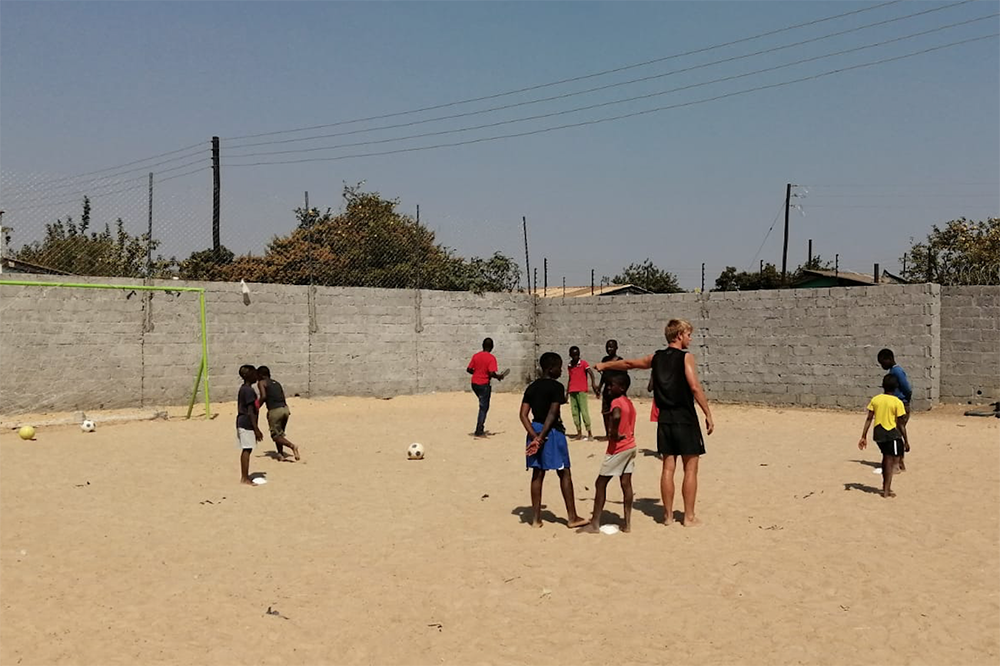 The kids are fast, being used to heavy sand beneath their feet. The kids are smart on the ball, having so little space within which to move. The kids are eager, desiring to show the “big pitch” kids how much better Kabwata is. Mulenga is always a presence among the kids and they know and respect him for it. Isaac has a definite command of the kids, even when he is gone recording his new album (yes he has even shown me a CD). All in all its going to be good times come the Wallace Tournament for Kabwata.

We are about to head to Livingstone at the end of Week 3, so that is sure to be exciting.