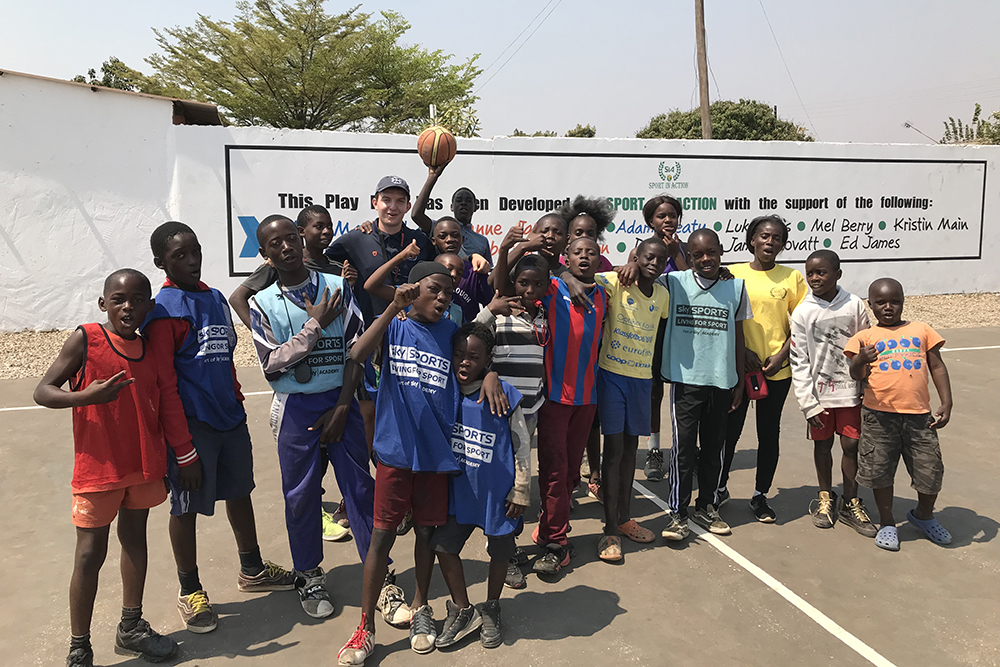 Wow!  What a crazy, surreal introduction to Zambia we have had; I am writing this on day eleven since landing in Lusaka and it is paradoxical in the sense that it seems only yesterday that we landed but at the same time that we have very quickly dived into this fascinating culture and have already experienced so much. The experiences we are having so far have been extremely memorable-from trying Nshima for the first time, to wearing our flamboyant chitenge on Zambia night, however, the best and most important experiences have been those we have had so far with Sport in Action and the different sites we have been placed during the week. 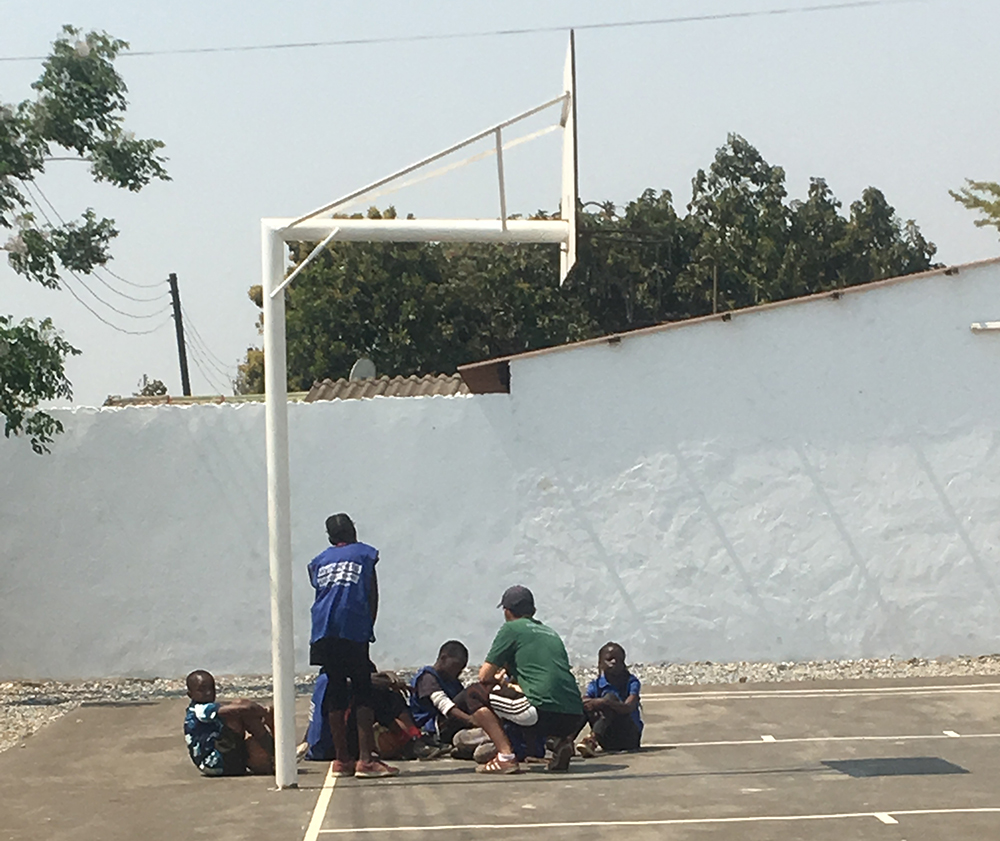 After almost 24 hours of travelling, we landed in Lusaka and managed to see Group 2 for an hour or so before they started their journey back to the UK. Bright and early the next day we headed to the YWCA for our morning induction with Sport in Action (SIA); we had the site peer leaders, coaches and staff from SIA to introduce us to life in Zambia, what to expect on our placements, some cultural tips and some Zambian icebreaker games which are a tonne of fun. We met some fantastic and very passionate people who are working 110% to give children valuable life skills and an identity through the power of sport. We had a chance to sit down and talk to the peer leaders at our sites; I met Katambi and Agnes who are peer leaders for basketball and Kabwata, I could tell straight away that I was going to get on well with them and was excited to see what was to come. Later that day after we had cooked dinner at the house we experienced the load-shedding in Lusaka so decided to play sardines due to the lack of power – a very funny way to start the 6-weeks with a new group of people! 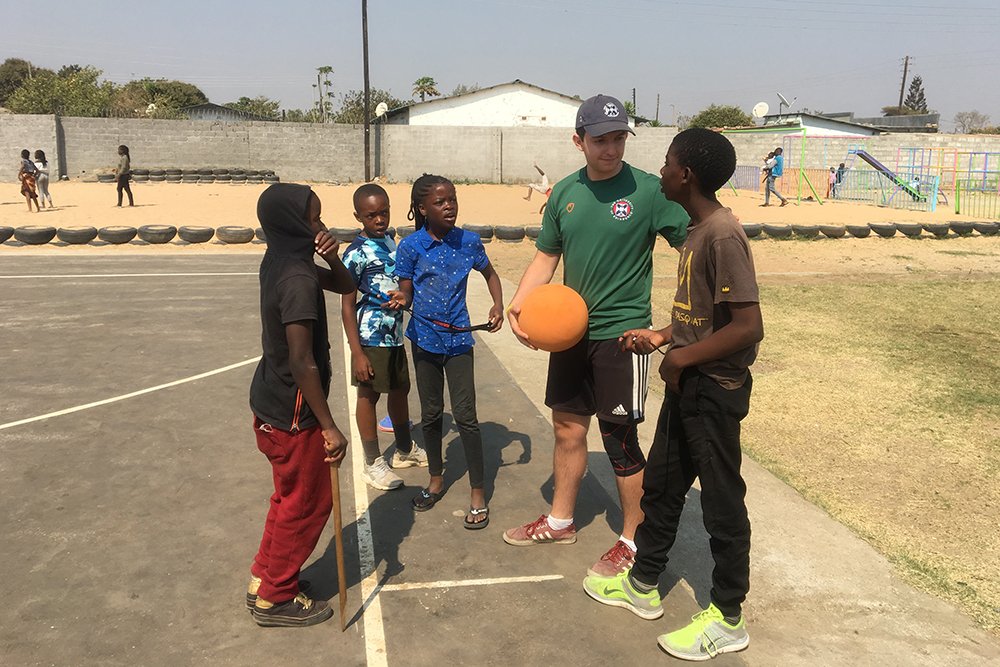 On Friday (23rdAugust) we spent the day visiting all the different sites; Kabwata (basketball), Fountain of Hope (football, netball, community school and accommodation for orphans/children from the street), Chipata (community school, football and netball) Munali (mainly volleyball), Mtendere (netball, football and schooling) and Kalingalinga (netball). It was great to be able to see all the different sites which each of us would be working at, it was also our first experience of mixing with the local children at each site, for instance we joined in with the basketball drills at Kabwata, played football with a big group of children at Chipata, played some netball with the girls at Mtendere and had a full tour of the Fountain of Hope site by Stevan who had lived there as a child himself and now is a fantastic role model for the children currently there. This was a special day for all of us as it was the first time we were able to appreciate what sport meant to these children and it showed me (and I imagine everyone else) how little we need to be happy – sport is a key tool to provide so many mental, physical and social benefits. 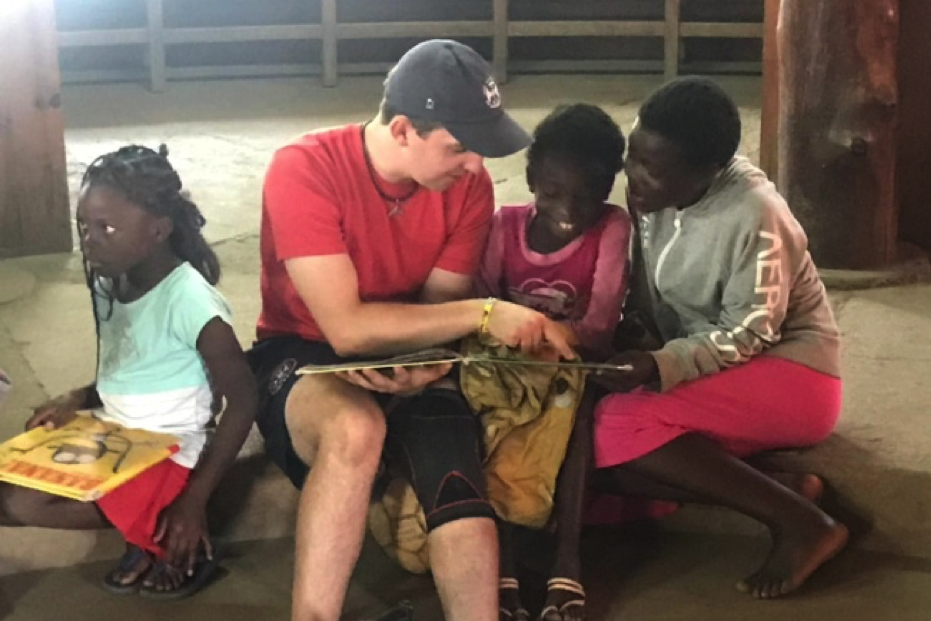 The weekend flew by but we managed to fit a lot in and do a lot of exploring, plus Sarah, Amy, Sol and I managed to go and watch some basketball tournaments nearby.  One of the games we watched was a B-division game with one of the teams being coached by Katambi. Agnes was also at the table doing the scoring so it was great to be able to see them outside of Kabwata, though it appears they are involved in basketball almost every day of the week! We spent the Sunday at Tiffany’s Canyon which was a great experience and very nice to be able to spend a few hours in a more relaxed environment before a very busy first week on our placements. 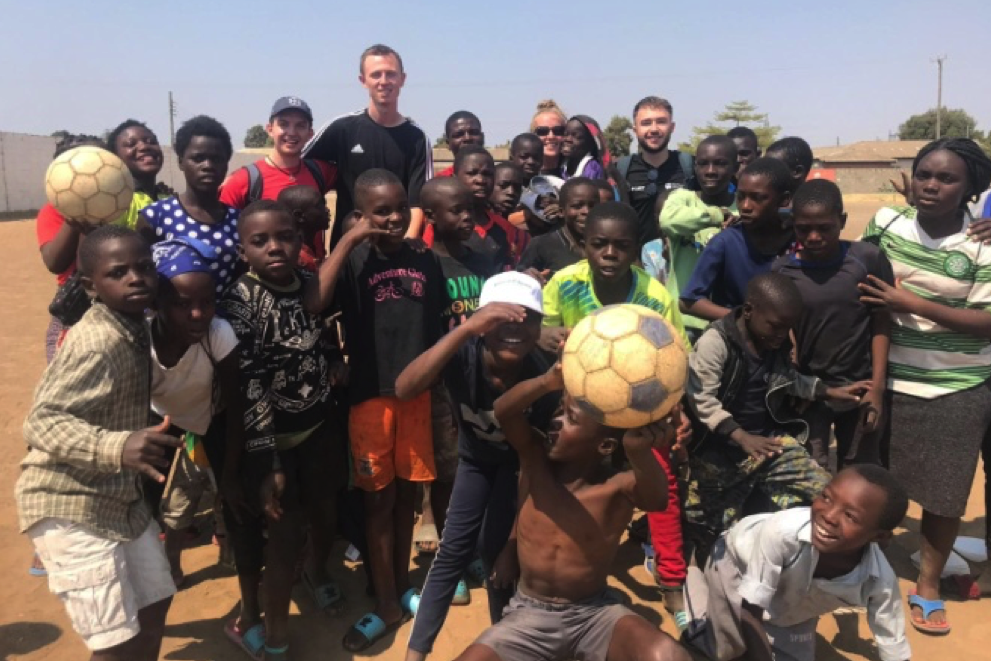 I am placed at Kabwata all-day on Tuesday to Friday during the week, meaning my Monday is open for session/outreach planning, meetings and visiting/helping at other sites.  I decided to join Dan, Adam and Sarah at Fountain of Hope for the morning football session which I’ve got to say was chaotic but extremely well run by Stevan; there were 70 children taking part… it takes a lot of gusto and energy to run a session with that many kids to manage! We also had some great fun playing games and messing around with some of the local children. After the session we went back to the Fountain of Hope site and read books in the library with a group of girls, mine was the A-Z farm book and I managed help improve their pronunciation of different words which was when I felt we really do have an opportunity to make a difference during our six weeks. In the afternoon I joined Adam, Sarah, Ellen and Emily at a meeting at the St Thomas School with the majority of the peer leaders and coaches from Mtendere. It was a very enjoyable meeting and great way to see how programmes are run out here, each person there is very passionate about creating a positive environment for everyone to work at and for the children to enjoy their sports.

After the meeting I had the opportunity to offer help with coach development as some of the coaches there are signing up to a coaching level one course and Bright is organising it but it is a lot to take on when you’re only 20 years old! I also managed to chat to Gideon who has been at Mtendere since about 2007 and is loved by everyone, sometimes known as ‘Mr Mamba’, he and I will be directing the Wallace Tournament at the end of September so it was great to catch up with him. 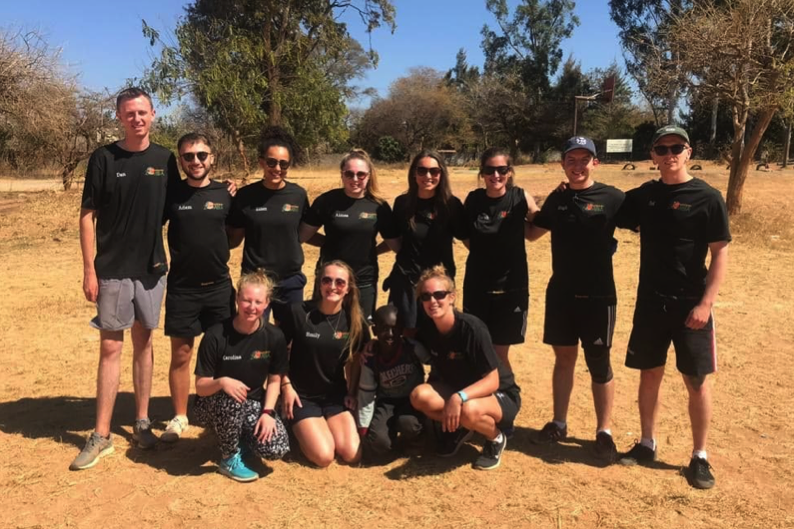 The rest of the week I was based at Kabwata assisting Katambi and Agnes with coaching and grasping an understanding of how the site works, the expectations of the peer leaders, children and SIA in order for me to be able to work on how to deliver the best outreach for the site and development for the site, participants, leaders, peer leaders and SIA. I have built some really good relationships with the leaders and children there; they have given me a Zambian name of ‘Coach Kopema’ which stands for ‘breath’ after I showed them a funny way of trying to pronounce my name by exhaling whilst saying ‘Hugh’.  I’ve had my hair, clothes and notebook played with, a million and one questions about me and my life at home, etc.  I have also prepared my own signature handshake to greet the kids with everyday and had wristbands made for each of them, which I gave out at the end of Friday. This was well timed as Katambi and I delivered a life skill session of good teamwork, so after we gave them a big debrief, pep talk and prayer post-session I gave them all a wristband.  There was a really nice connection between everyone there that afternoon which was a lovely way to finish the week.

The next few weeks are extremely exciting and I am really looking forward to going out into the community, talking to schools and churches about what we are able to offer and increasing our participation numbers.  I have tried to make the most of every single day and I really hope I can make a difference. This week we already have had some parents come and chat and shown interest in shadowing Katambi and Agnes.  We are also seeing a more consistent number of girls at the site, which we hope will continue to increase. Agnes and I have also helped some of the kids with their studying and I’ve donated a load of stationary to help the kids learn.

A lengthy but fun blog to write and we have all been able to fit so much into our first week here, time is flying by but we will all keep pushing to do as much as we can whilst we are in this fantastic country.  Now time to explore some markets and go Salsa dancing tonight!