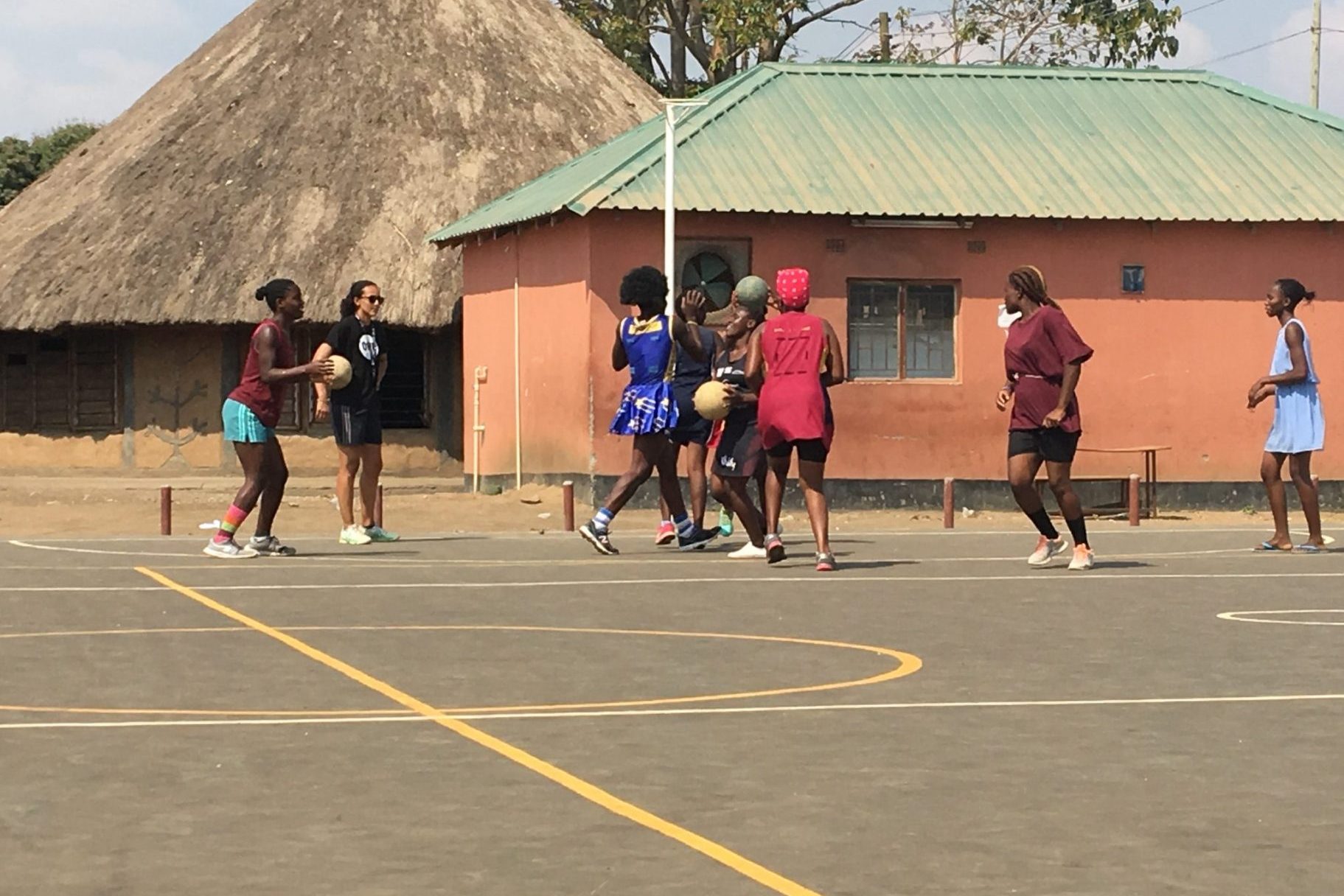 After an exciting two weeks coaching here in Zambia and immersing ourselves in Zambian culture, it’s safe to say our small group of 9 have settled in really well.

For the past two weeks, I have had three placements coaching netball at the Mutendere Hub, Kalingalinga Hub and the traditional site at Fountain of Hope. Within these varied placements I have had the opportunity to coach netball to beginners, intermediates and higher-level players. It has been amazing to see the organisation and working pathways at the Mutendere Hub especially, which allows young players to develop in the hopes of playing for their hub talent teams.

It has been amazing to see the commitment from peer leaders across all of my placement sites into making a positive change and improving their own coaching skills throughout the project. Excitingly, I have had the opportunity to coach the under 18 talent team on the brand-new court at Fountain of Hope. They all love their new court, and it is so great to see other residents at the orphanage being able to play on the court throughout the day too. 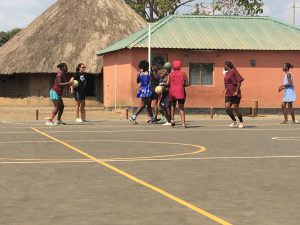 Each day with this team has been challenging and exciting – coaching the high level of netball which they are able to play. They have certainly kept me on my toes by asking plenty of questions and constantly wanting to progress drills and practices! I have not only been able to get stuck into coaching alongside Felistus (peer leader at Fountain of Hope) but she has also given me the opportunity to take part in their Girls in Action Sessions. 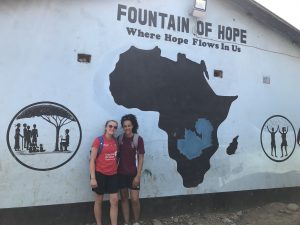 In these sessions’ girls are given the opportunity to talk about their day to day lives, as well as being able to ask questions/discuss topics such as hygiene, HIV/AIDS and empowerment. I was able to conduct a session myself, talking around the importance of leading a healthy active lifestyle through exercise, with not only physical benefits but mental benefits too. The girls asked plenty of questions and seemed intrigued by our discussion around implementing these things into their day to day lives. We spoke around the benefits of using netball as a tool to develop life skills such as communication, leadership, teamwork and confidence. It was so nice to hear that some of the girls who I have been coaching are keen to use netball as a tool for personal development into peer leaders and coaches.

At the weekend we visited the cultural market at Kabwata, where we spoke with locals and bought gifts such as bowls, chitenge, trousers and purses. After this we went for lunch in the market, which consisted of nshima, chicken and cabbage. What a cultural experience! The first few weeks have been eye opening and we are all enjoying more independence and exploring the local compounds and markets.