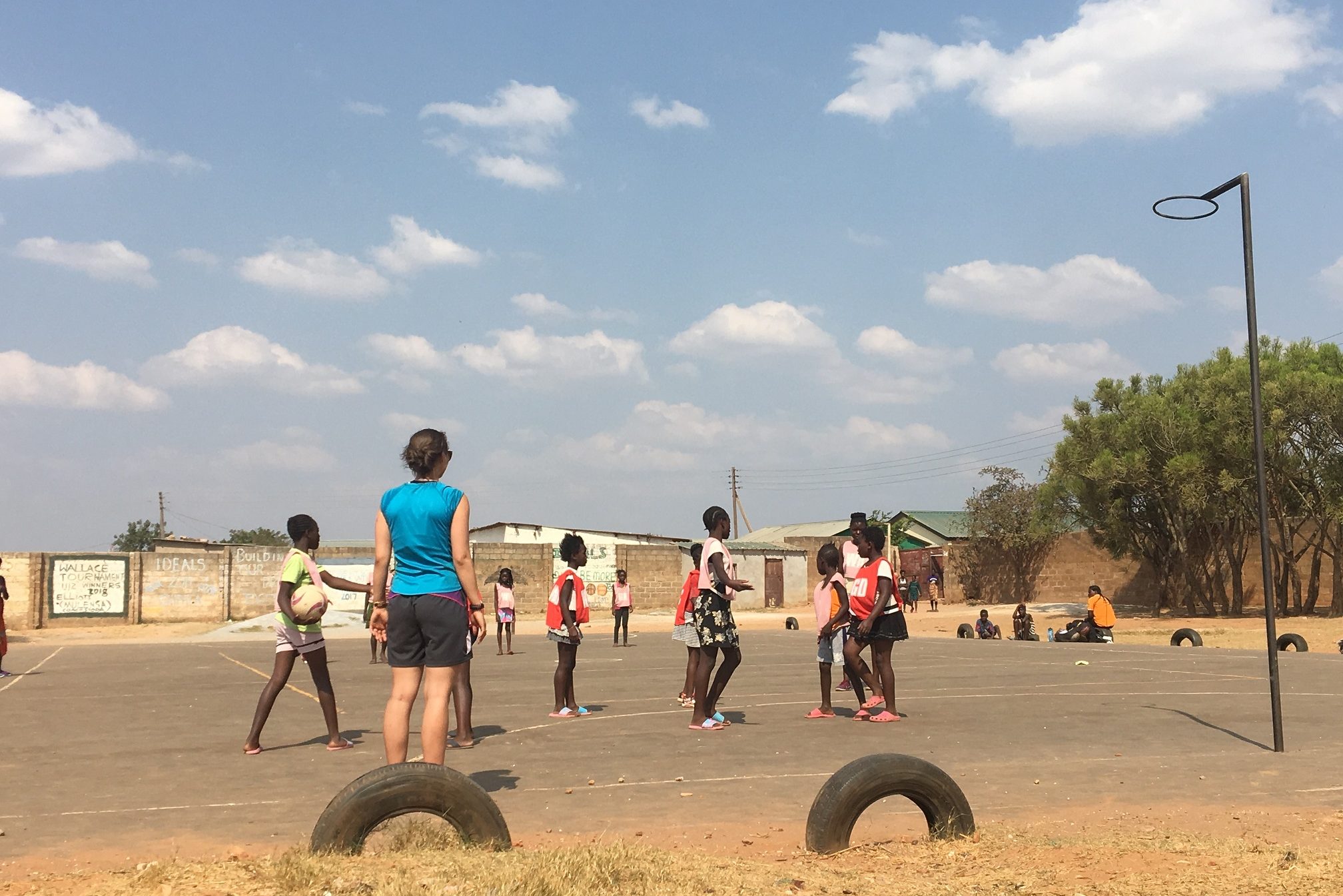 My volunteer Zambia journey is nearly complete and its safe to say I’m not ready to go home yet. I have thoroughly enjoyed working with my peer leader Miriam at the Chipata hub site alongside Aimee, another volunteer of the programme.

The first day of our fifth week started with a 5am to go to visit Devils Pool, Victoria Falls. Tt was totally worth it. The water was a little chilly but as we finally got in I relaxed and enjoyed the views. It was amazing and the photos will be a massive keep-sake for me to remember the trip by. Once we came back from Victoria falls, we had the dreaded trip back home from Livingstone to Lusaka which took us 9 hours! It was a nice weekend to relax, but it was now time to get ready for placement on the Tuesday.

My placement out in Chipata started slowly. For the first couple of weeks the girls were on holiday, so we ran sessions from 13:00 until 16:00 for girls in the under-15 and under-18 talent teams at Chipata hub sites. In the mornings we discussed workshop and coaching plans with Miriam. Myself and Aimee ran workshops for teachers over the holidays, but the attendance had been low due to teachers being away. On Tuesday we had the Chipata primary girls. We found, however, that children from other schools attended and were not sticking to the correct timetable for the new term. Aimee and I made the decision to contact JP to arrange a meeting with the teachers to discuss the issues and the lack of commitment towards the timetable. We spent the following evening ringing up teachers and to arrange a meeting with JP to discuss the problems. 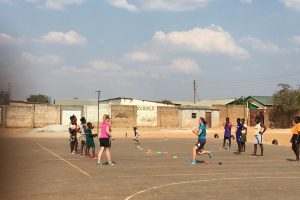 Today was the day of Miriam’s birthday so we got her a cake and all the Chipata open girls sang her happy birthday. Our session for the day was based on shooting – myself and Aimee separated the groups into two, practising shooting under pressure. We then ended the session on a friendly match. Once the session had finished, Miriam, Aimiee and I decided to go around the schools to encourage attendance of a meeting to discuss the previous day’s issues. Most of the teachers said they could attend, which was really positive.

Today was the day of the meeting, myself and Aimee decided to arrive at Chipata in the morning to visit all of the schools in anticipation of the meeting at 14:00. After spending 30 minutes trying to find St Anne’s school, we finally reached it and spoke to the head teacher to ensure that Wendy could be covered for her lesson so that she could attend the meeting. We also visited Chipata Open and also Chipata Primary. St John’s was struggling to attend due to administration workshops. In the afternoon, we had the meeting. Attendance was strong, with two teachers from Chipata open and one each from St Anne’s and St Paul’s. Sadly, Chipata primary teachers did not attend, but Ruth was able to fill them in on proceedings. The meeting was really promising – the teachers were able to discuss why they wanted to coach and why they thought it was important. We were also able to change the timetable around so that the teachers could do a time that suited best for them. It was also a great time to remind them all of the Chipata Hub Tournament. 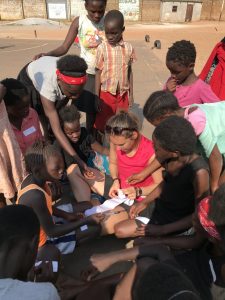 After the meeting on the Thursday, we faced a small problem with the teachers attendance from St Anne’s school. Wendy should have arrived at the session with the 30 girls. However, she didn’t, and because Mirriam is at school I took the session. It included loads of fun warm up activities, and was based around ball handling and control which included lots of fun relays. Despite the boys all running around and taking the balls off us the session was successful. We ended the session with a mini tournament, and I showed the girls how to score a netball game and keep the time of the games. The girls all absolutely loved finding out who had won the tournament. There still needs to be more work to be done with the St Anne’s team, as I noticed a lot of the girls were still unsure about positions and rules. This could be achieved by upskilling the school netball coaches. We are hoping that by next week Wendy will be coming to the sessions so that we can do this. Sadly, we had to leave the afternoon sessions to go back to Mtendere to attend a netball workshop for the peer leaders. As we was leaving the Chipata hub site, Silievia from St John’s updated us with lots of photos of her session in the Whatsapp group chat which was really promising and was brilliant to see.

The first workshop for the peer leaders ran successfully – we had approximately 25 peer leaders there. I took the workshop alongside the other girls on the basics of netball for the first 10 minutes of the session, on different positions, names of the court and some fun warm up activities that they could incorporate into their sessions. We then went on to different attacking skills and looked at the coaching points of passing, dodging, change of pass and drills associated with this. They all loved getting involved with the drills and getting involved with the practical aspects of the drills. We then moved onto more attacking skills of around the circle and the use of our body in situations to attack onto the ball which was really good for them to see a game based scenario. The last 30 minutes of our session ended on how to run a tournament and most specifically on the Round Robin tournament and also how to score in netball. I found the workshop really useful for the peer leaders and I think they really enjoyed it.