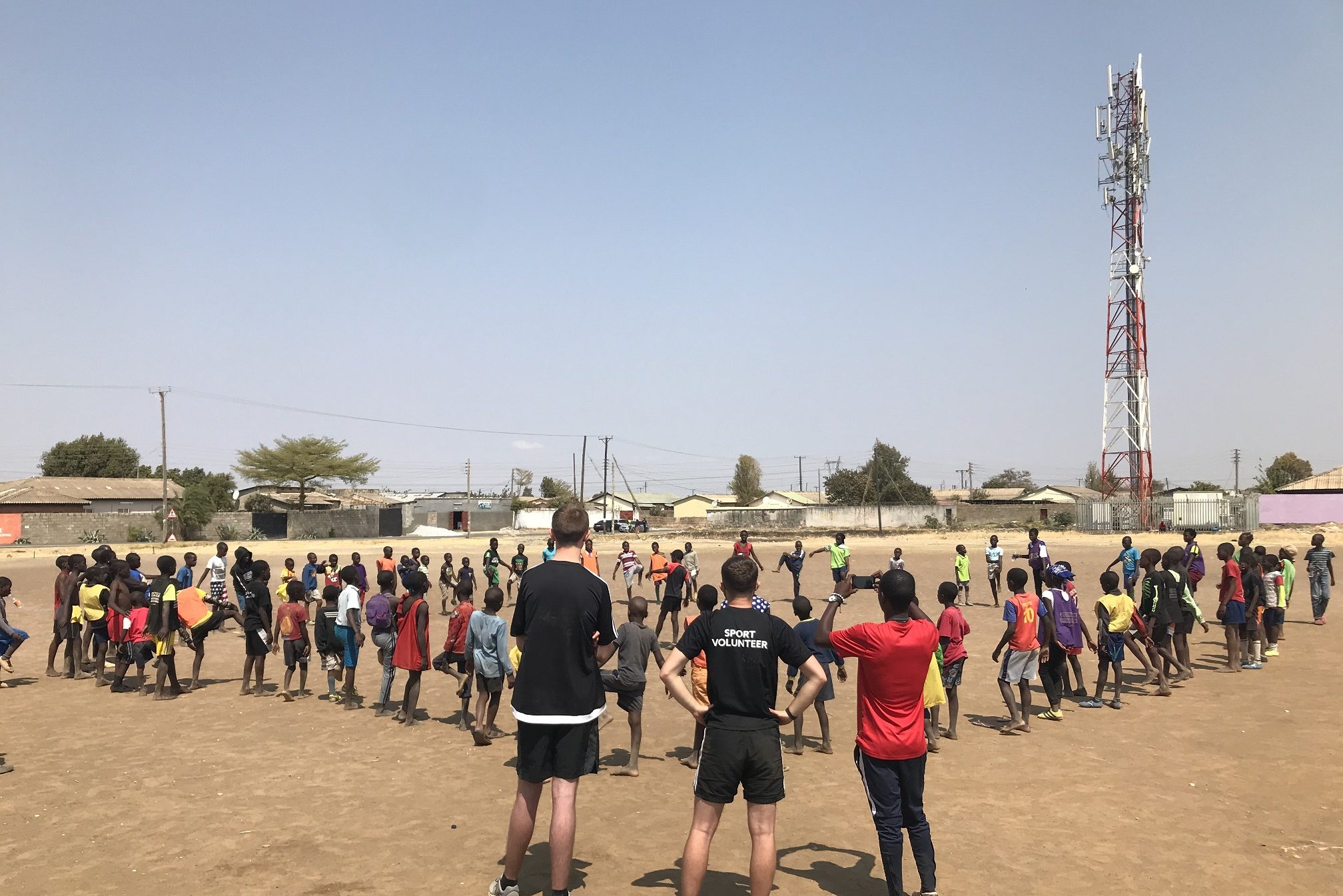 Volunteer Zambia… where to start, or more so, where to end. I write this final blog to finish off 4 months of volunteer work from 8 universities and 37 students who have put blood, sweat and some tears into trying to make a difference in a city and country trying to develop the next generation of citizens through sport.

It is the final day of my time here, our plane leaves in several hours as I take time to reflect upon an intense but rewarding 6 weeks of work, alongside magnificent coaches, peer leaders and people in this quirky city. The final week started off with the end in the back of our minds, but one final goal to achieve. The Wallace Tournament. First of all hats off to Edinburgh Uni’s Hugh Braidwood who worked tirelessly as tournament director to make sure everything was put into place to ensure a successful and fun tournament for the kids and also us as staff. But we will discus that more later. This week we have worked to wrap up and add our last efforts to our placement sites. I spent my week preparing Mtendere football for the Wallace Tournament alongside Coach AJ, as well as preparing Fountain of Hope with Coach Steven and Dan. At other sites, more marks were being left by volunteers, at Kabwata a wall was painted to commemorate a key point they were instilling on their kids (See Photo), ‘Teamwork’, something as coaches, we value with high importance. On most of my days I work with Dan from Cardiff Met, and we have struck a great relationship inside and outside of placement, where we both are able to work together to get the best out of our sessions for the kids and also opportunities for ourselves to learn. 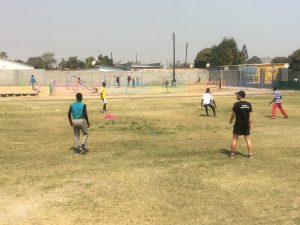 On this last day the peer leaders at the sites kept telling us “we have learned so much from you”, however I think it is us who have learned the most. I have learned more about coaching here than any other place I have ever coached, as the experiences are varied and in some instances extreme. At Mtendere AJ has shown me another way of coaching, with high standards and a goal in mind for the players to achieve, where Steven at Fountain of Hope has reminded me of the passion needed to be a football coach and the positive impact it has on the kids and players. Fountain of Hope gets plenty of attention, and rightfully so; as the orphanage for children boasts a solid set of individuals as people and footballers. On the other hand, Mtendere has grown into a very strong side, again in football as well as characters. Alongside AJ the coaches across the other age groups have been nothing short of amazing and welcoming, and for that I thank them greatly. 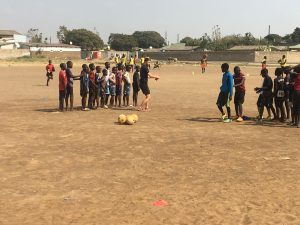 Back to the Wallace Tournament. We woke up at 6am and began preparations on the day at the site Munali, a local school with enough facilities to cater for the 350 children set to compete. Originally I was set to do life skills sessions with the kids around growing up, however due to changes I found my self supporting Dan at the football fixtures, as he was the Football Coordinator. As mentioned before our relationship helped us smash the organisation out the park, allowing the football side to run smoothly. The same can be said about basketball, netball and volleyball where Lucy and Karolina from Loughborough and Ellen from Northumbria ran their sports in exact fashion where everything flowed amazingly. From start to finish, we saw nothing but full on commitment and energy from the kids during the competition, as well as a desire to do their best. Our collaboration with the Zambian peer leaders and coaches was second to none, and I feel collectively we can sit back and agree that this was a success, not only for us, but for the kids participating.

I will be honest, the experiences I have had here are not life changing, I am not going to lie. However it has definitely made me realise how lucky I am for the opportunities I have as well as make me think differently about certain aspects of my life in comparison to Zambia. I aim to stay involved with the project when I return home, in fact, I WILL stay involved as I cannot turn my back on this experience and the people I have met.